Streets I Left Behind - New Single - OUT NOW!

New track taken from album "Backwards Down The Highway" due out later this year. You can download "Streets I Left Behind" for for free via http://themodelschool.bandcamp.com/, or stream via http://soundcloud.com/themodelschool

The song will be on iTunes & Spotify soon too ! 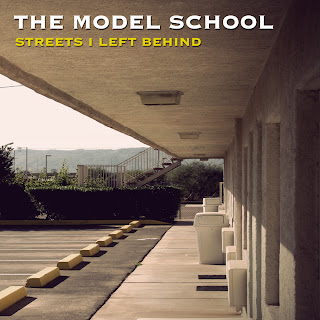 Posted by The Model School at 05:39 No comments: 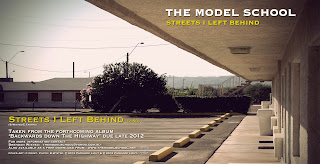 Hey ! Things have been busy in Model School land - this past weekend saw 4 more tracks get put on tape in the studio so we're making progress on finishing the album. We've also been putting the final touches to the artwork (see picture) for the first single to be taken from it  - its called "Streets I Left Behind" - and will be available as a free download via bandcamp on August 1. When the date rolls around we'll put the link here so its all nice and easy to access.
The album is to be called "Backwards Down The Highway" and should be ready by October all going well....it's definitely a road album ... lots of songs about leaving,coming home, highways,streets, towns,airplanes,trains,cars ... any mode of transport you think of - its in there.
So - stay tuned for the link to the first track in 2 weeks time.
cheers
Brendan &The Model School

PS. No shows planned at present - too busy recording and mixing ... but hopefully that changes come Sept/Oct !!
Posted by The Model School at 03:29 No comments: