Just a quick post to say that 2012 will see lots of new music released by The Model School ! We're hard at work on an albums worth of new tunes and plan on getting a single out in the coming months, followed by an album later this year. It sure has taken a long time to get to this point - being that most of the songs were born on the road in the USA back in late 2010 - then worked on for most of 2011...

We've got a show coming up where we'll be airing a few of the new songs - its on Saturday March 3 down at the Lansdowne in Sydney. I doubt we'll have a single ready by then - as we're still working out where to record ... but check back for updates. 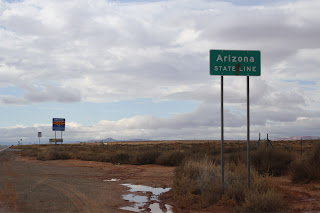 For now here's a picture from the road trip - a real inspiration on the songs. Lots of wide open space soundtracked by Tom Petty,Bruce Springsteen and Gram Parsons pumping from the car stereo ... Heartland Rock circa 1973 ? Yes please !
cheers
Brendan
Posted by The Model School at 02:37 No comments: